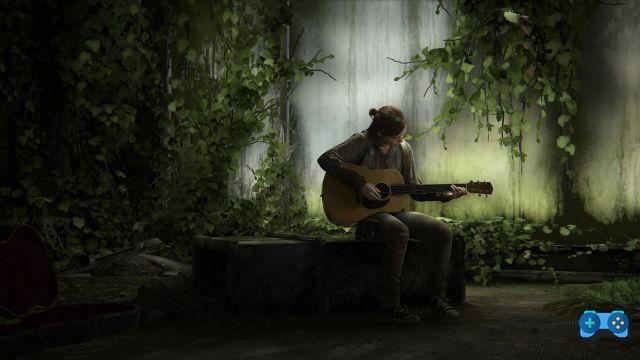 What is the top for a guitar?

The Last of Us Part 2 has recently arrived on our consoles and is already making headlines, thanks to the extremely positive reviews from the specialized press and the impressions of players who are experiencing Ellie's new adventure in one breath. Indeed, the title N, despite having passed well 7 years has managed to enter the hearts of gamers, making them want a new title.

In recent days we talked about the game, releasing valuable guides on combat or on the various collectibles present, but this time we want to dedicate ourselves to something that will not release you a trophy, but will make you live very intense moments, what are we talking about? Music of course. No, not of the valuable soundtrack that will accompany the entire adventure of the young woman, but of the possibility of play the guitar, you got it right, the most loved musical instrument will not only be present in some cutscenes, but will be the protagonist of those few moments of peace that you will have.

That said, if you're playing The Last of Us Part 2 and need some help, don't forget to check out our guides, trust me, it's worth it:

These lines from an old song are a reminder that even playing is an act of love and you don't have to be Hendrix to express this feeling. The guitar is first introduced into the game by gruff Joel, who promises the young girl to teach her to play in her spare time. Before leaving Ellie alone, the man sits down and starts playing a beautiful version of "Future Days" song by the American grunge / rock group Pearl Jam. 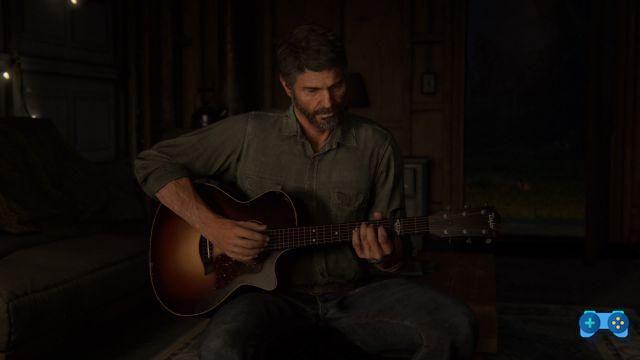 Often, this type of videogame interludes is left to a cutscene, but the genius of Naughty Dog has allowed us to interact with the instrument through a unique find, in fact, they have managed to find a concrete use to the touchpad di PS4, transforming it into the strings of the guitar. So by choosing the chords available on the screen and moving your thumb you can get all kinds of melodies.


During her long journey, Ellie will have the opportunity to find a guitar several times and practice her way. What if we told you that thanks to the available chords it is possible to play some of the most famous pieces of music? Find out in this particular guide how to do it and what you need to know.

Among the other things you will see on the screen, there are also the major and minor chords, the latter are recognizable thanks to a "M" lower case lower right.

Which songs can be played

Now let's move on to the part that many of you were waiting for, thanks to this very particular feature it is possible to play the following melodies (which we will take care of updating). Don't give up if some seem difficult, Naughty Dog's chord system takes some time to master. 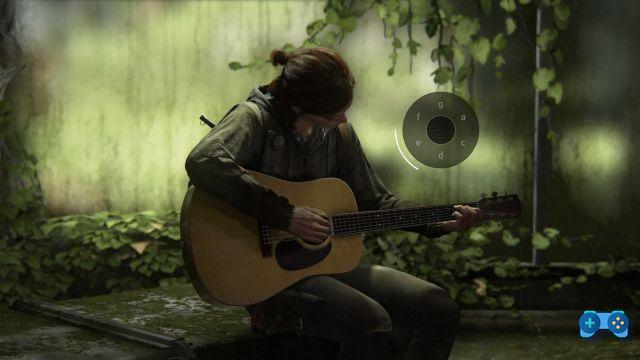 Here are the songs that you can play from the first moments of the game:

If you are a real novice and have some problems remembering the position of the different chords, we recommend that you start from the piece by Battisti, in fact with the use of three simple chords (all in the same circle) and a little familiarity, you will be able to master it in a short time.

Let us know in the comments if you liked this short guide and which songs you tried to play. What is missing? Ah, the solution to the pun in the title, the answer is "To be played".