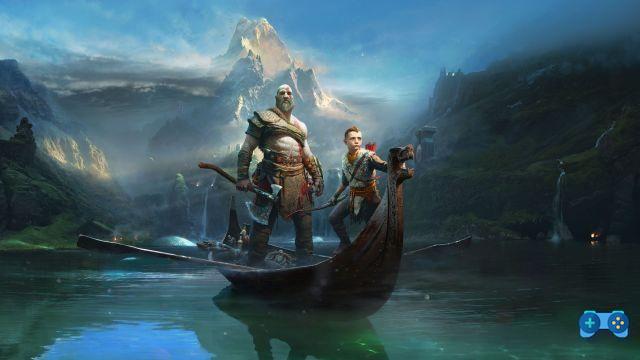 Artifacts in God of War are one of many ways to gain extra experience and rewards. These artifacts are usually hidden and really hard to find if you don't know where to look. Use this artifact guide to help you find them all!

Find the artifacts in God of War it's not just a question of being a completist. Each collected artifact, in fact, earns you XP - with one bonus per completed set. Additionally, these collectibles can be sold for a good amount of coins when visiting the shops in Brok or Sindri. In this guide I'll show you how to find each artifact in God of War.

You can find all four artifacts Lost and Found in the Wildwoods region during the first story chapter, "The Marked Trees".

Artifacts are found in the following locations:

You will only be able to obtain the first seven River Pass artifacts on your first visit as part of the quest "A Path to the Mountain".

You can find the two remaining artifacts Faces of Magic when you return to the River Pass during "A New Destination". These are the following positions:

You can find the nine artifacts of the Abandon Ship when you first arrive in the Lake of Nine during "Path to the Mountain". Here are the following artifact locations:

As you explore the Lake of Nine, you will come to a beach near the Stone Falls. There you can collect the grace of "Hammer Fall”And open the gate of the hidden region of Veithurgard. Once inside you will be able to collect the six Veithurgard artifacts. The places are as follows:

You can get the six artifacts of Alfheim during your first visit during "The Light of Alfheim". The first two can only be found after exploring the Lake of Light. The positions are as follows:

The other artifacts are in the main Temple. Specifically:

The Mountain - Bottoms Up

You can collect the six artifacts during the "Inside the Mountain". Below is the list:

Your first trip to Helheim it's during the main mission "The Sickness". You will only be able to collect three of the top five artifacts during this visit. The positions are as follows:

For the remaining two, you'll need to go back to Helheim with Atreus in tow. Here are the missing items for total completion:

I preferred to keep the English names during the writing of the guide for a faster and easier use. For other content:

Do you want to complete all the achievements and trophies and know all the tricks, guides and secrets for your video games? SoulTricks.com is a group of video game fans who want to share the best tricks, secrets, guides and tips. We offer the best content to be a source of useful information, so here you can find guides, tricks, secrets and tips so you can enjoy your games to the fullest. Are you ready to get all the achievements of that game that you resist so much? Enter and enjoy your favorite video game to the fullest!
Metal Slug X is coming to Nintendo Switch ❯

Rainbow Six: Siege, how to get and redeem Beta codes

Add a comment from God of War, Artifact Guide