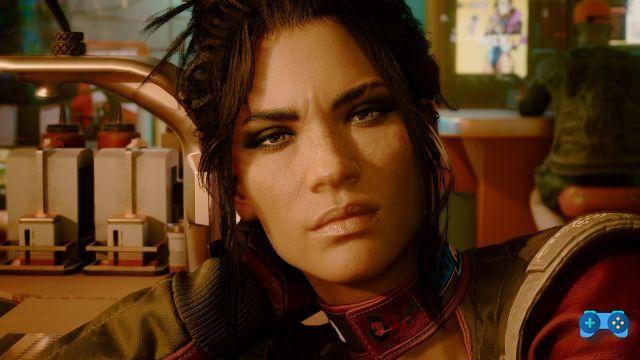 cyberpunk 2077 is an extraordinarily complex game that gives the player a wide choice of who they are and what they want to be. It is therefore natural that even from the point of view of love affairs, CDPR has left the player the right to choose his own sexual orientation not only in the construction phase of your character through the initial editor, but also through the relationships that this can undertake in the course of the game.

In the game I am seven people with whom you can entertain love affairs, five women and two men. Relationships with these individuals, if carried out to their final climax, will be complemented by a sex scene between the two decidedly UNCENSORED characters. After all, the world of Cyberpunk 2077 is without rules and inhibitions.

The characters with whom it is possible to entertain a story


With the exception of Alt Cunningham, whose romance is part of Johnny Silverhand's main quest, you can only start a relationship with all the other characters during their side quests. In a nutshell, to do this you just have to choose the dialogues in support of the person you want to "copulate" with, defend them in the dialogues against other people, always agree that they are right, do everything they ask you, do not tell them that you are doing the their job for the money, always choose flirty dialogue or physical "touch her / him" choices. Basically it is enough to be doormats. (Don't try this at home, the friend rule is never wrong).

Gender is only important to four of these characters (2 men and 2 women) while your gender does not matter to the other three.

If you want to end your love story with a happy ending, here's what you need to do.

Gender required: Man. It can only be fictionalized when playing as a male character (heterosexual relationship).

After recovering the Panam car, there will be 4 yellow dialogues to choose from. Choose "OK, then where is the hiding place"> he will thank you.

At the bar with Panam, drink a toast to the found car and then select the dialogue option that recommends taking only one room in the motel> “Maybe they give us only one room? > “Exactly what I meant”> He will agree to take a room with you, but only to save. Don't worry, this is his standard reaction. Just sleep in the bed next to her.

After using the drone to scan an enemy camp, while in the car with Panam select the option: “Stay in the car. You're hurt, you wouldn't be of much help to me anyway ”.
After saving Mitch: sit next to Panam and choose "I have to get Hellman, will you help me?" and then: "I will help you settle scores with Kang Tao".
After finding Hellman, when Saul arrives, choose the dialogue option: "It wasn't really Panam's fault" (timed)

Side job - Rider's on the Storm

“We are choirs, that's why”.
“In silence, of course. Perfect for two ".
When he asks "V, do you want to come with me?", You answer: "Yes, of course".
After saving Saul and escaping to the hut, when you sit on the sofa with Panam and Saul, you choose "Shit idea, Panam is right". She will also thank you for dropping her back after leaving the hut the next morning, which is an important choice to prove your loyalty.


After Saul is gone: "Let's have a drink to Haboobs"
"Are you happy with your stay, madam?"
"He would be more comfortable without shoes, ma'am."
“Touch Panam's thigh” -> Important choice, she will block your approach and tell you she just wants to be friends, but don't worry: there's no way to seduce her yet, it's part of the game, so choose this.
"So-so, the back is numb"
"I thought you would stay with your family"
After walking up to his motorcycle: "About last night ..."

Secondary work - With a little help from my friend

At the beginning of the quest, when you talk to Saul, you cannot tell him about Panam's plan. Choose the dialogues “Stop Panam from doing something? > “I feel this fight has been going on for some time” -> Important choice, don't reveal the plan.
After Panam has come with you to the Veterans: “Ok, I'm in”.
After finding the punch card at the top of the control tower: "[stops at the window] I missed you."
"Then let's start"
"Ok, but we can skip going around it."
"So far so good"
"Why is it different with me?"
“[Touch Panam's shoulder] Next time, try to follow your impulse” -> this can be important, because he will refer to following his impulses during the sex scene later.
When you sit by the fire: "Worried about Saul?"
"I think I'll try to close my eyes."
Hugging her "it's a bit cold" -> here she will have a romantic moment with you and looking at the stars together can be important.

Secondary work - Queen of the highway

When inside the Basilisk: "Has anyone made it work before?"
"Nice and cozy in here"
After you have finished driving and shooting the Basilisk, choose your choice of the kiss icon: “[Let Panam touch you] Oh, yes. Here we go". -> This is the most important choice of all!

The result will be the sex scene with Panam. You are both connected to the Basilisk that weaves your system and shares your sensory feedback. So what Panam feels, you feel it too and vice versa. The result is a somewhat bizarre sex scene inside the Basilisk. Anyway, that's what you came here for isn't it?

At the end of the quest, after Panam has accompanied you out of the field, you can kiss her goodbye "[Kiss Panam] Thank you for being here for me". -> Thus ends the romance of Panam and its questline.
He will still text you after a few days and you can respond with something flirtatious. The quest is also useful because you have formed an alliance with the Aldecaldos (his Nomad clan), which is linked to one of the story's endings. Additionally, you have earned the Life of the Road trophy and success for completing the Panam questline.

On Soultricks.com you will find many other articles dedicated to Cyberpunk 2077:

If that's not enough, subscribe to our page Facebook or join our channel Telegram where you can ask any of us directly for more information or share your passion for the game with hundreds of other Soultricksers.

Tell him that the suit fits him.
After the underwater sequence, choose to stay in the cabin.
At the end, choose "Touch her" to sleep with her, then you will be able to decide to have a relationship with her.
6 Feb two thousand twenty-one

How to conquer Panam Cyberpunk 2077?

To make Panam fall in love, always and at all times choose the dialogue option to defend and flatter her.
You will see several dialogue options for flirting, so be sure to select them as well.
She will start giving you certain side quests to complete, which will allow you to get to know each other a little better.
29 Jan two thousand and twenty one

What if you have more than one romance in cyberpunk?

Who is v cyberpunk?

V is a cyberpunk who is trying to make a name for himself in Night City.
Here, reputation is what matters.
V has lost almost everything he had, but he is not alone.
He can always and in all circumstances count on Jackie, a midwife on a mission to reach as high as possible, whom V accompanies.