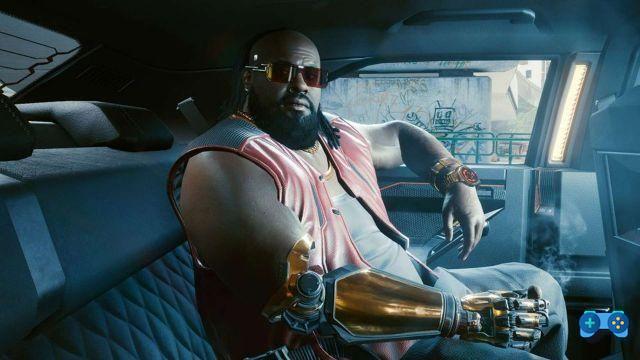 In addition to all the traditional methods of making money in cyberpunk 2077, players have discovered that there is a great money-making glitch in play, which can be used to quickly rack up a lot of Eddy.

Fortunately, it doesn't require much effort either, other than discovering one of the game's more unusual side tasks. A mission known as S. Here's how to put the very latest to good use glitch on money found out about cyberpunk 2077.

The glitch in question involves the secondary task S, which can be played once theAct 2. The player will see it automatically added to their list once the 'Playing for Time' episode of the main quest is completed.

S will require players to go talk to the homeless at the building next to the gas station in the Coronado Ranch. The suitcase they discovered is actually a military class container which can be achieved with intimidation (provided you have chosen the correct path of life as a Street Kid) or with the corruption. It can then be collected the access fragment from the body near the landfill, then open the program launch.exe in the “Files” tab, to reveal the coordinates of a recovery point. 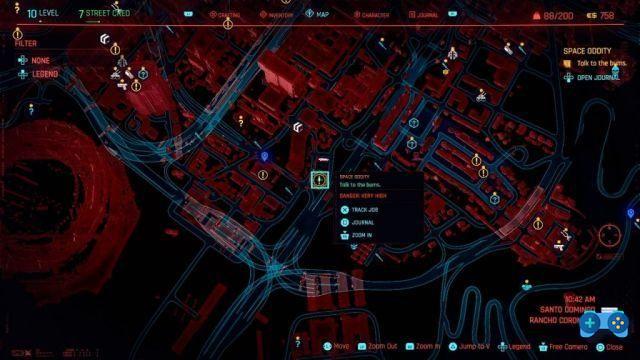 This is where you will finally find out what happens. After eliminating the six men without sparking a conflict, you can open the launch pod to complete the job. Inside the capsule there is A painting fallen from space, which can be sold for 4000 eddies and it can be sold and bought back numerous times to earn large amounts of money.

just go to any dropbox and sell it for 4000 eddies. You will find it in the “All Items” tab. 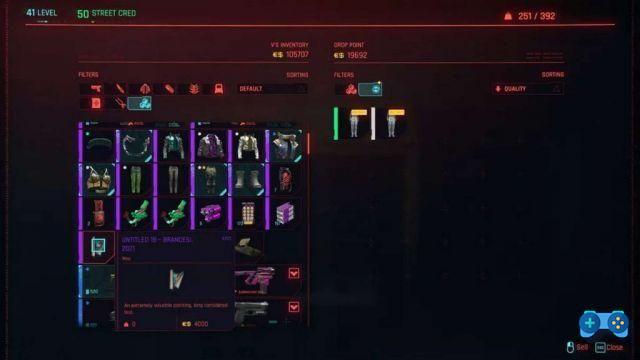 To take advantage of the glitch, once the item is sold, it will be necessary to completely exit the Dropbox interface. At this point, if you return, you can buy back the object for only 5 eddies, making a total profit of 3995 eddies. 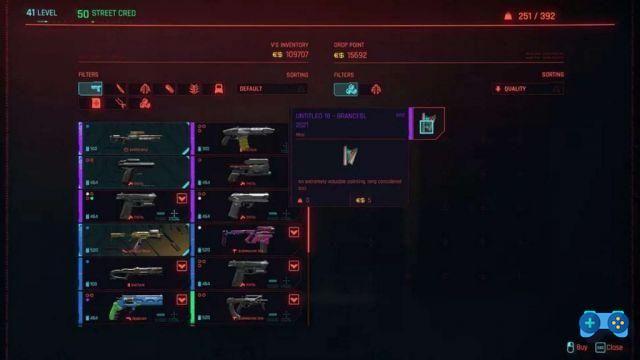 Fortunately the painting is not influenced by the talent that allows you to recycle all the junk items in one go. The one that will instead be kept an eye on it's the delivery point money. At some point this he will no longer have enough money to buy the painting back from the player, so you will need to go to the next delivery point to continue earning.

But that's not all. The lucrative method can be repeated very quickly (with very substantial gains in a short time) by putting another trick into practice. Also based on a glitch.

To run it is necessary some coordination: when opening the terminal (Drop Point) it is necessary press the button to sell and the "Pause" button in a coordinated manner. On PlayStation this corresponds to “triangle” for selling and “Options” for pause. On PC the combination is “R + Esc”. To fix ideas, it is as if we wanted to open the game menu and the sales screen at the terminal simultaneously.

If everything is done correctly, a "hybrid" screen will appear in which the view of the character is still visible, in transparency, while in the foreground there are the inventory (with relative filters) and the object to be duplicated. 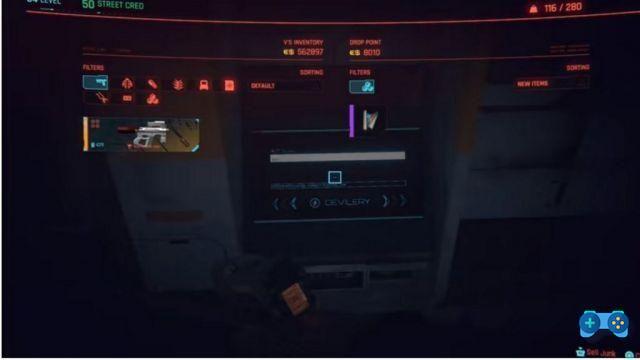 This can be purchased in infinite copies, since the reserve inside the Drop Point will not decrease every time you buy one. In the case of the painting, you can buy as many copies as you like without seeing their capital reduced and resell them for 4000 each, accumulating a lot of money in a short time. You can better see the procedure in action starting from step 3:30 of the following video.

Note that the same procedure can be applied to duplicate any game object, simply by selling it at the Drop Point and then opening the latter with the combination of keys indicated above. The object can be bought back in infinite copies and resold, always within the limits of the money available at the Drop Point.

It is possible to duplicate ammunition, equipment and even upgrades. In fact, if you sell an enhanced item at the Drop Point, it will be possible to buy it back in many copies. Subsequently you can extract the power-up by disassembling the object with the talent "Economizer" (Creation section).

Of course, since cyberpunk 2077 is undergoing powerful and continuous revision work, in order to fix bugs and glitches, it is very likely that this anomaly will be corrected in the future. We therefore advise you to keep some extra copies of the painting aside for future "spesucce".

Do you want to complete all the achievements and trophies and know all the tricks, guides and secrets for your video games? SoulTricks.com is a group of video game fans who want to share the best tricks, secrets, guides and tips. We offer the best content to be a source of useful information, so here you can find guides, tricks, secrets and tips so you can enjoy your games to the fullest. Are you ready to get all the achievements of that game that you resist so much? Enter and enjoy your favorite video game to the fullest!
Burnout Paradise Remastered, our review ❯

How to become a game tester and make money by playing

Dark Souls II, let's find out which is the hardest boss in the game

Gran Turismo 7, the driving simulator postponed to next year

Add a comment from Cyberpunk 2077 - Guide: glitches to make money