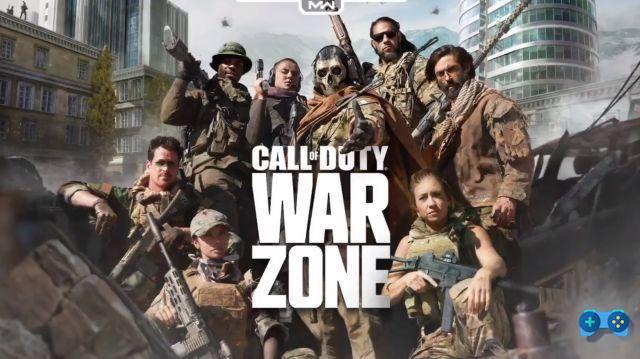 Call of Duty: Warzone arrived not as a massive update, but as a free mode accessible to anyone on PS4, Xbox One and PC. For this we have selected a list of tricks for all players, from beginners to the most experienced.

Of course, being a battle royale causes that Call of Duty: Warzone shares a certain number of key elements with other titles in the category. For this, the game map will be smaller and smaller, with lethal gases that will prevent them from exiting. Many objects will have to be collected, the buildings will be used to hide and the wide spaces to fight, survive and kill the enemies. But there are also many other elements, in which we are about to immerse ourselves.

Useful things you should know.

Let's start with a basic explanation of the modality. In Call of Duty: Warzone six thrown into the fray, in a battle for survival, in the midst of 150 players - more than 100 classics of Player's Unknown Battleground e Fortnite. Basically, you will be part of a small team composed of three users. Survive until yours is the last team - or player - still alive. Simple. If there were no other 147 fierce opponents with the same goal.


In addition to these premises, you will start your battle on a plane - another cliché - and you will choose, together with your companions, where to land. Once you have parachuted, you will have to fight tooth and nail for survival. Avoid the gas circle that would kill you in seconds and avoid getting killed by another player. In conclusion, avoid dying.

Differences from the classic battle royale.

Call of Duty: Warzone presents clear differences compared to the classics of the genre such as the two mentioned above and Apex Legends. Specifically, the main ones are listed below:

The 19 tips to dominate and learn how to do it!

Like other battle royale, Call of Duty: Warzone can be enough overbearing - mostly for beginners, as this particular title has more mechanical counterparties and a user interface (UI) complex. So, no more chatter, here is a cwith some useful initial tips that we have collected in the editorial office for you (!) since we started playing until today.

1. You can shoot your opponents while still in the air. When you throw yourself in the Warzone, open your parachute and then close it again to have access to your weapons. By doing this, you will be able to shoot your enemies while you are falling down. But remember to reopen the parachute before touching the ground, don't make a bad impression.

2. Still on the subject of parachutes, remember that - unlike other battle royale - you can open it as many times as you want, as long as you stay considerably far from the ground. Remember this if you want to cover long distances quickly.

3. The circle - the playable area - shrinks as time passes. For the first three quarters of the game, you are unlikely to be completely displaced by the other players, so positioning yourself in the center of the map and waiting for time to pass can be a good idea to have the others take out each other.

4. Each player can be brought back to life for once, via the Gulag. We have provided many details in our guide written by the very good Andrea Scibetta. Basically, when you die you find yourself fighting in 1v1 against another dead player and whoever wins returns to the field. This possibility is granted only once. In addition, there is a self-reviving skill in the game that can be purchased in the internal shop and - last but not least - your team can also "buy you back" by visiting one of the shops that appear randomly within the game map.


5. There are shops! On the map they appear in the form of a small shopping cart. Visit them to spend the money earned over the course of the game - usually from kills or collected in various loots - to buy optional items such as armor, the self-revive ability, and various other bonuses.

6. As if it were a rule, you spend your money regularly and frequently. Self-resuscitation takes priority, and costs $ 4500. For the rest, self-regulate but don't settle down. If you die you lose everything, even if you are revived. So unless you have to buy something specific, spend like there's no tomorrow.

7. Accept as many contracts as possible, especially at the beginning. After spending time on a looting tide, accept a few contracts nearby. They are usually indicated on the map in the form of a crosshair or flag. Completion - in general - is relatively simple. Also, in the beginning, with people scattered around the map, the risk of dying is also reduced.

8. Off-map gas moves fast. Compared to other games where you can survive "overboard" long enough, this is not possible in Call of Duty: Warzone. Therefore, if you and / or your team are playing a "border" strategy, always be careful not to get trapped and die stupidly.

9. You can get some additional XP on the loading screen. Kill players while you wait to enter the game - it's fun, it lets you practice, you gain experience. What more do you want from life?

10. Items change color based on their rarity. This, in fact, is also linked to the quality of the same. The rarity also indicates how many accessories and skills he can equip, from a minimum of 0 up to a maximum of 4. Below is the correct order based on these two parameters:

1. Tall buildings are incredibly useful to own, to be able to kill comfortably from above and trigger major kill streaks. Accept a scouting contract - the ones that reward you for keeping control of an area - and find a building that is roughly in the center of the contract's yellow circle. Equip yourself with a sniper rifle and mine the only entrance to the roof with a claymore. Then have fun hoarding enemies from above.

2. The above strategy, however, can become a sword of Damocles. Clever and crafty opponents can return your fire and create a situation with no winners or winners. Especially if they also have the ability to heal themselves. If you feel confident in your means, arm yourself with an assault rifle or an automatic weapon and charge your opponents, catching them by surprise.

3. Adopting a tactic "on the edge" of the circle is as risky as it is fruitful. Risky because the playable area closes faster and faster the more time advances and the gas kills in a few seconds; fruitful because you have the advantage of having your shoulders definitely covered. Play this strategy wisely and you will see how your rankings improve.

4. When you see enemies, be aggressive. Call of Duty: Warzone it's also a psychological game, and a hail of bullets might be enough to scare another player into a mistake. If you're good enough, you can be the one who answers the sniper in step one. Don't be afraid, shoot!

5. Play according to your equipment. It may seem obvious, but there is no point in playing short range with a sniper rifle or long range with an SMG. Learn about each weapon, from its strengths to its weaknesses, and their synergy with your specialty and armor. Anyway, if you want to know more, the guide of ours Simone Rinaldi can certainly help you.

6. Parachute into the middle of the fray. If you don't know the FPS mechanics well, during the first few games, you should jump into the fray and find yourself immediately in the midst of the enemy's fire. What better way to learn than to throw yourself headlong into a new and exciting challenge?

7. Don't self-revive in gas. Gas kills you, period. Immediately, fast and painless. Rather, ask a partner for help or agree to fight within the Gulag.

8. Learn the map. Our good Andrea Scibetta has written a very useful guide on the map and its best areas. Study it and learn to extricate yourself in this complicated tangle of buildings and objects, also exploiting - in certain situations - the environment. Once you learn it, you will notice how you have gained control over your opponents.

9. Join your efforts. You won't be able to win in Call of Duty: Warzone alone. If a mate needs money or resources, help him, you will all benefit.

Personally, I want to leave one last thing written. Have a good time. It may seem trivial, but the best way to win is to have fun without thinking too much about winning and focusing on it. Remember that a good one is good even without weapons and a poor one loses even with the best weapon in the game.

However, if you really don't want to help but be obsessed with winning, the very good Andrea Bevilacqua wrote a little something about it that I think can help you!

If you are looking for guides about it Call of Duty Mobile, you can look here:

add a comment of Call of Duty: Warzone, 19 tricks for beginners and experts