Hitman: Sniper Challenge, as a gift for those who pre-order Hitman: Absolution 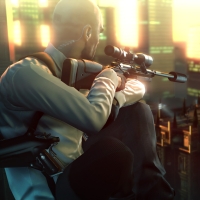 Square Enix today announces an interesting and unprecedented promotional campaign for Hitman: Absolution. By booking the game you will get it as a gift Hitman: Sniper Challenge, game created specifically to reward the fans of Agent 47.

IO Interactive, the team that developed the title, wants to pay homage to the players who are passionate about the series. The game is always based on the protagonist, Agent 47, stationed on a balcony from which he must kill Richard Strong Jr., CEO of the Stallion Armaments, and his army of bodyguards. Skilled players will be able to earn mind-boggling scores, discover hidden extras, unlock weapon upgrades, and find new ways to conceal corpses to honor the contract in the best possible way. 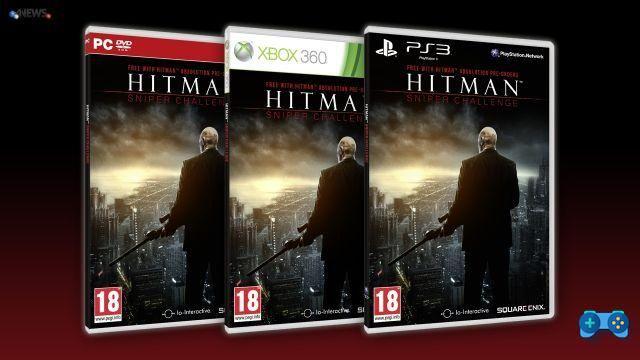 The Hitman: Sniper Challenge pre-order promotion will be available starting May 15, 2012.


Book Hitman Absolution and train with the Hitman Sniper Challenge

HITMAN: SNIPER CHALLENGE is not part of the main title, but is a game created specifically to reward fans who will pre-order HITMAN: ABSOLUTION.

From a balcony overlooking a terrace party, Agent 47 is tasked with eliminating Richard Strong Jr., CEO of Stallion Armaments, and his army of bodyguards. Skilled players will be able to earn mind-boggling scores, discover hidden extras, unlock weapon upgrades, and find new ways to conceal corpses to honor the contract in the best possible way.

But it doesn't stop there; By playing HITMAN: SNIPER CHALLENGE, the lethal Kazo TRG Shotgun and a variety of exclusive upgrades can be unlocked and used in HITMAN: ABSOLUTION. There will also be an online ranking that will allow all players to compare their sniper skills with those of the rest of the world, numerous challenges and competitions will decide who will be the best shooter ever. Check out www.Hitmansniper.com for more details.

“Agent 47 is the best in the field and it felt right to give our fans the best pre-order initiative ever,” said Jon Brooke, Director of the Hitman series brand. "HITMAN: SNIPER CHALLENGE is our way of thanking the people who book the game and giving them a taste of what Agent 47 can do."

* The game pre-order campaign will start on May 15th and it will be possible to play HITMAN: SNIPER CHALLENGE starting the same day by connecting to Playstation Network or Xbox LIVE. The PC version will instead be available via Steam starting from August 1st. Booking conditions vary from shop to shop. Ask your local point of sale for all the details.

add a comment of Hitman: Sniper Challenge, as a gift for those who pre-order Hitman: Absolution