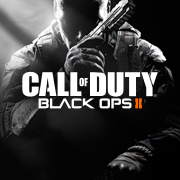 The Cold War is being fought with new methods and means.

Activision has put the official website of Call of Duty: Black Ops 2 revealing the first information about the developed title of Treyarch coming November 13th 2012.

With the aim of pushing the franchise towards new goals, the new chapter of the most famous series among the FPS is set in the 21st century in a Cold War scenario, in which technology and weapons have helped to create a new generation of warfare. .

At the bottom of the article you can admire the first images and the debut trailer. Note: the video will only be viewable from 19:00 to 04:30 Spanish time on May 2, 2012.

add a comment of Call of Duty: Black Ops 2, the official website is online with trailers, info and images