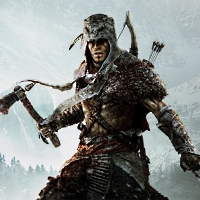 Ubisoft is pleased to announce that it is available today on second episode de The tyranny of King Washington entitled Betrayal on Xbox LIVE MarketPlace for Xbox 360 consoles, tomorrow on the Playstation Network Store for Playstation 3 and on digital channels for PC.

Imprisoned by King Washington, Ratonhnhaké: ton it must break free and seek help to supplant Washington's ruthless machinations. Do not miss the video at the bottom of the article to find out immediately what awaits you.

Tyranny of King Washington - Episode 2: Betrayal is available as a free download for all Season Pass owners or for € 9.99 / 1200 Microsoft points for Xbox 360 and PC. PS3 users will be able to download the DLC starting from Wednesday 20 March with the same instructions (Free for Season Pass owners or at a price of € 9,99).

We remind you that you can save on all downloadable content of Assassin's Creed III by purchasing the Season Pass, through which you will receive immediate access to the DLC "Hidden Secrets Pack", "War-Tempered" and the first episode of the Tyranny of King Washington, "The Infamy ”, as well as of course the last two episodes of King Washington's Tyranny, as soon as available. All information on the Season Pass is available at www.assassinscreed.com/seasonpass. Finally, we remind you that until March 31st the Season Pass for PC is on offer on Uplay Shop for only € 15!

Dishonored 2, where to find all the runes in the game ❯