Batman: Arkham City, according to Sefton Hill, main and secondary missions will require at least 40 hours of gameplay 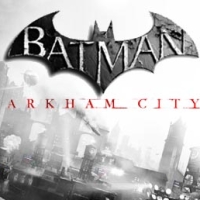 25 for the main campaign and 15 for the side missions

About two months ago, in an interview with Gamerzines, the Marketing Manager of Rocksteady Studios revealed that, in his opinion, the main game mode of Batman: Arkham City it would have taken about 8 hours to complete.

But apparently of the same idea is not Sefton Hill, Game Director of the game, who interviewed by The Guardian, expressed different opinions.


According to Hill, in fact, the main campaign of the game will take at least 25 hours to be completed, thanks to the creation of an interesting story full of characters that interact with each other and mechanics that change over the course of the adventure.

But at the same time, in addition to the main story, there will be at least another 15 hours of gameplay given away by the secondary missions, each with a different story but in some way connected to the main plot, which players can decide to face at any time during the course of the game. adventure, delivering an incredibly flexible gaming experience.

It therefore promises to be a definitely lasting and interesting title.

Waiting for further information, we remind you that Batman: Arkham City will be available from 21 October 2011 for PC, PlayStation 3 and Xbox 360 platforms.

add a comment of Batman: Arkham City, according to Sefton Hill, main and secondary missions will require at least 40 hours of gameplay