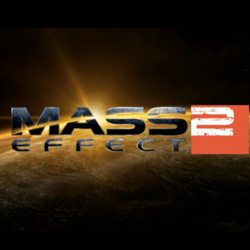 Bioware and EA have announced that within Mass Effect 2 it will be possible to access through a unique unlock code included in the game, the Cerberus Network portal, which will provide additional news, information on DLCs and other information on the extraordinary universe of Mass Effect 2. the first big blockbuster of this 2010. The players who will access'The Cerberus Network ' They will also receive the first downloadable pack on January 26 (North American release date) with new missions and new in-game items. Inside the package will be included a mission that introduces Zaeed, a tough and deadly killer enlisted alongside Commander Shepard on his mission to save humanity.

The package will be accessed not only by users who have purchased the new game, but by paying a premium also those who have purchased it used. It is an initiative that in some way also favors the second-hand sector which, especially in this generation of people, is enjoying an incredible diffusion. Further details in the attached press release.

AN IN-GAME CHANNEL OF DOWNLOADABLE CONTENT FOR MASS EFFECT 2

Mass effect 2 is the first blockbuster release of 2010, and has been dubbed "The Most Awaited Game of the Year" by The New York Times, IGN and Wired.

"The Cerberus Network extends the vast universe of Mass Effect 2," said Dr. Ray Muzyka, co-founder and General Manager of Bioware, as well as Group General Manager of EA's RPG / MMO Group. "We are thrilled to be able to reward BioWare and Mass Effect fans with continued high-quality content and to be able to provide a direct channel dedicated to our players for an even deeper immersion in the fascinating universe of Mass Effect."

Players who log into 'The Cerberus Network' will receive the first downloadable pack on January 26 (North American release date) with new missions and new in-game items. Inside the package will be included a mission that introduces Zaeed, a tough and deadly killer enlisted alongside Commander Shepard on his mission to save humanity.


Following release, BioWare will launch another downloadable pack for Mass Effect 2 that will introduce Hammerhead, a new vehicle within the Mass Effect universe. This agile hover-craft tank features improved handling over rough terrain and the ability to perform nimble combat maneuvers - a necessity for players traversing the galaxy's harsh planetary environments. In addition to this new vehicle, BioWare will launch new missions and unique in-game items, including the Cerberus Assault Armor which will increase defenses, survival and ammo for heavy weapons, and the M-22 Eviscerator Shotgun.

The Mass Effect Trilogy is an epic Sci-Fi adventure set in a vast universe filled with extremely dangerous alien life forms and mysterious unexplored planets. In Mass Effect 2, they take on the role of Commander Shepard, leading a team of agents among the deadliest in the galaxy, engaged in a mission so difficult it seems potentially suicidal. With intense firefighting action, a rich futuristic storyline, incredible space exploration and a variety of captivating characters, the game recreates an unparalleled cinematic experience.

Mass Effect 2 for Xbox 360® and PC is scheduled for release on January 29, 2010. For more news on the development team, follow us on Twitter at http://twitter.com/masseffect2 or visit the game's official site at http://masseffect.bioware.com/.

* Activation is tied to a specific EA Online account and is not transferable.