Online poker: the solutions of the sector are more and more in the name of innovation 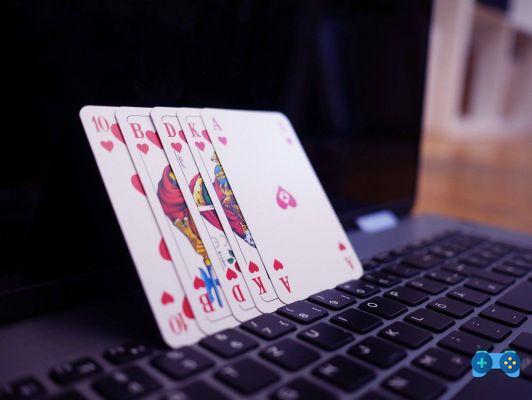 Traditional poker rooms now have to deal with the reality of the Internet. An important data, in this sense, is that coming from the numerical feedback linked to online poker tournaments: in fact, according to the numbers released on the basis of the declarations of the operators, the collection exceeded - only in April 2020 -, the 222 million euros, with significant growth compared to that generated in the previous month.

A growth that was also shared by the variant of the "cash game", which generated - again in April 2020 - an expense of approximately 11,7 million euros, against 10 million euros in March of the same. year.

A sector, therefore, that of online poker, which has certainly gained momentum from the global situation generated by the health emergency but which, in any case, has also found strength from the proposals of the sector operators who, - individually or through partnerships and collaborations -, have made the experience of the game of poker ever closer to reality.

All thanks to the possibilities offered by new technologies.

Between real and online: the technological evolutions of the game

A first confirmation, in this sense, comes from the fact that the main legal operators present on the web have, over time, adapted their game proposal to the most well-known and followed variants of the discipline, among which, for example, the Texas Hold'em e Omaha, common as much in physical poker as in online poker.


It must be said that the game modes and timing are very different between what is the presence in the room and what are the games electronically, since the latter do not usually allow, for obvious reasons, the interpretation of the messages. resulting from facial expressions and body expressions. In this regard, there have been several proposals for adapting the online to reality, such as those related to facial recognition. This is the case, for example, of "Emotient”, A start-up that was among the first to highlight the importance of this aspect, with the development of a software designed to identify, by video, the small expressions of the body and face, with a certain margin of utility, therefore, also in the field of online poker.

All the news of the web and online poker technology

However, regardless of the digital proposals, which are also adaptable to the world of poker, it must be said that technological implementations continue to be an integral part of the operators active in the sector, complete with high-level partnerships.


The aforementioned growth of the online gaming market - driven by poker itself - in the last period, is in fact probably also the result of important collaborations, but also of avant-garde ideas.

Among the latest innovations in the field, some important partnerships are cited: an important example is the five-year renewal of the agreement between 888 Holdings - now a historic gaming operator - with Caesars Interactive Entertainment, for the extension of WSOP (World Series of Poker) until 2026.

Signal becomes the most downloaded app thanks to WhatsApp

Macbook Air vs Macbook Pro: who is suitable for each model and advice

Virtual Operators, what they are and why they can save you money

Pokémon GO - list of all the pokèmon present and their rarity

add a comment of Online poker: the solutions of the sector are more and more in the name of innovation