It will be part of the Hallowen "White Gengar" promotion.

Un Gengar shiny to celebrate Hallowen. In this way Japan prepares for the witches' festival, with a Pokémon special distributed as part of the promotional event "White Gengar ".

Gengar will be at level 25, inside a Dark Ball; his attacks will be Shadow Ball, Stun Ray, Dismay and Muddy (which you normally wouldn't have). As a tool it will hold a Gengarite instead.

The distribution event will take place from 13 September to 14 October 2014, in several Japanese stores not yet confirmed. 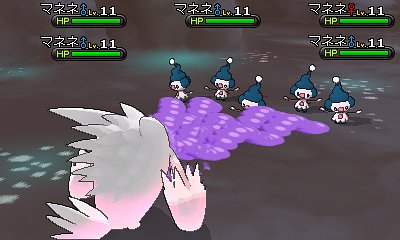 Christmas 2018 - a Super Mario under the tree