Mario Kart, the 10 most beautiful circuits ever 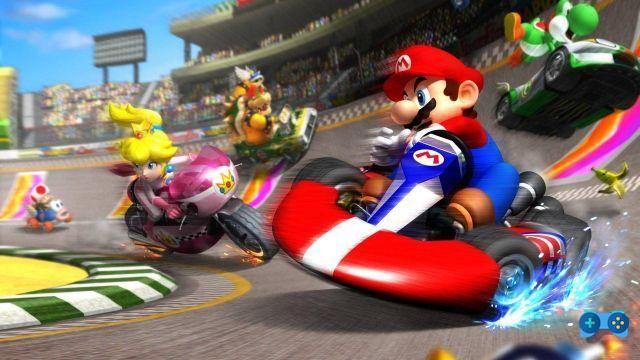 Mario Kart is one of the most played racing video games ever. In fact, thanks to its style and gameplay digestible by anyone, it is the perfect title to play with family or friends, despite tragicomic disputes over barbed shells, bananas and so on and so forth.

But what makes it so special? The circuits of course! On the other hand, a good track design is the fundamental element for the success of a racing game, and even those who have tried this incredible experience a few times can safely say that the series hosts some of the best tracks ever created.

So, whether it's Mario Kart 64, Mario Kart 8 Deluxe or the chapters released on SNES, Game Boy and Nintendo DS, each title of the saga has managed to provide us with many hours of fun thanks to the crazy tracks designed by the friends of Nintendo. For this reason, we want to accompany you step by step on the avenue of memories to rediscover the best tracks that the wheels of our karts have ever walked.

It will be nostalgia for the lack of a new one F-Zero, but we cannot leave this particular track out of the ranking. The incredible sense of speed and breathtaking verticality allowed players to fall in love with the circuit in question.

This track is one of the shortest, but inside it contains an incredible mix of features. We can define the track in question as a great example of variety, offering a decidedly captivating environment and a series of decidedly problematic obstacles. All accompanied by really interesting paragliding sections (especially towards the end).

Who hasn't dreamed of racing on an airport runway? Don't tell lies, we know that inside every fan of the series there is a Dominic Toretto ready to skid. The idea that the Nintendo guys presented is definitely unique, in fact, the airport is not limited to being the backdrop to the race, but is an integral part of the gaming experience.

Among the various paths born on portable consoles, the one that has remained most in our memories is this desert adventure between the setting sun, one of the best musical tracks of the series and the shy teepees Shy Guys.

It is a perfect example of harmony between music and gameplay. Making music the protagonist of the track design is a gimmick already used in the past by Nintendo. However, it must be admitted that with the Melodiodromo the Grande N did a great job, competing between piano and obstacles of various kinds will make your competition anything but boring.

Enter the castle of the King of the Koopas it is always a risk, despite the apparent simplicity, it is a difficult and particularly fun track, created to test the skill of the players. Not for nothing is it one of the longest and most difficult circuits in the game.

The choice here is purely aesthetic, we are in fact talking about one of the most beautiful circuits in the series, all thanks to amazing color palette. That said, the game experience was made difficult by the fact that the entire path was quite narrow, forcing players to fight hard for supremacy.

Have you always wanted to face a volcano ready to erupt? Then this track is just for you. You will feel at home in between tight hairpin bends, huge incendiary boulders e gigantic cannons.

This circuit, included in the DLC, transfers us to the magical world of Hyrule, changing the appearance of the typical elements of the tracks, from rupees instead of the coins ai Deku Baba which replace the Piranha plants. All this accompanied by the iconic music typical of the series. Even if it is not a particularly difficult track, we are sure it will give you legendary sensations.

The Rainbow Track has always been a cross and delight of gamers, despite some variants worthy of mention, such as the one landed on Nintendo 64 or SNES, the best of all is that of the Nintendo 3DS. In fact, let's talk about a exceptional design circuit, between small planets and crazy leaps.

We hope you enjoyed this short journey into memories. Indeed, we invite you to share them with us and let us know in the comments your very personal one Check these top 10.

Do you want to complete all the achievements and trophies and know all the tricks, guides and secrets for your video games? SoulTricks.com is a group of video game fans who want to share the best tricks, secrets, guides and tips. We offer the best content to be a source of useful information, so here you can find guides, tricks, secrets and tips so you can enjoy your games to the fullest. Are you ready to get all the achievements of that game that you resist so much? Enter and enjoy your favorite video game to the fullest!
GoPro renews "Quick", the app now wants to separate from action cameras ❯

Gamestop clarifies the issue of the Nintendo Switch price

Add a comment from Mario Kart, the 10 most beautiful circuits ever