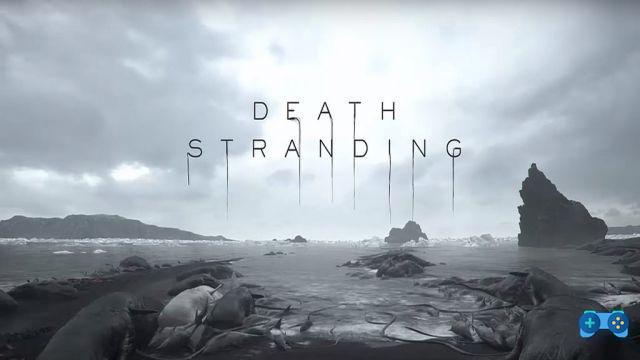 A cinematic work before a video game?

The last effort of Hideo Kojima, Death Stranding, is now in the pipeline. Since its announcement, it has aroused amazement and interest, both because the Japanese game designer has always been the undisputed master of suspense, and because he was presented to us with an actor known to the general public and especially to The Walking Dead fans: N.

The actor isn't the only level name. The cast in fact has grown, as the game has taken shape; after Norman Reedus we were shown Guillermo Del Toro, world famous director, among his works we can include Hellboy (the one with Ron Pearlman to be clear), The Labyrinth of the Faun, Blade II and last, but not least, The shape of 'water, a splendid fantasy winner of four Oscars.

Honestly after these two heavyweights of the show-biz, few would have expected a cast full of stars, but no more chatter, let's discover together the faces of the most promising game of the generation.

The Walking Dead star was the first to be hired by Kojima, the Japanese master after receiving the backing from Konami wanted to show that even in the star-system there are several supporters of his ideas. In fact, Reedus had already collaborated with the good Hideo in the realization of the never born PT, an interesting horror project that we hope to be able to see again sooner or later.


The actor himself is in some way the main sponsor of the game, in fact through many of his statements Death Stranding has continued to be talked about, even in the long moments of total silence of the press. The character of Sam Porter Bridges was modeled completely on the features of the Hollywood actor. The latter then interpreted all the movements of the protagonist, giving him that acting ability that made him known to the general public. 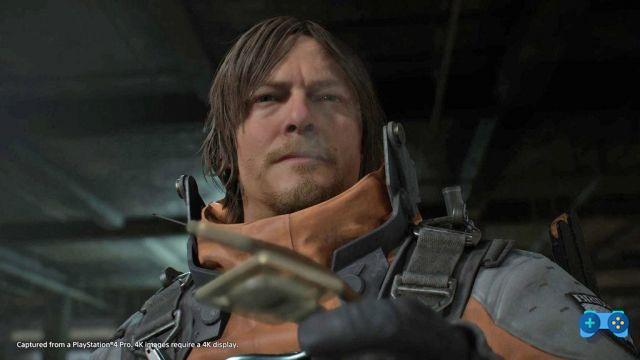 The arrival of the Danish actor in the cast of Death Stranding surprised the whole industry, grabbing Mikkelsen's talent is in itself a winning move. His interpretations are pieces of film history, from Le Chiffre in James Bond to Hannibal Lecter in the TV series dedicated to the hungry doctor, have done the right honor to an extremely talented actor.

Mikkelsen has always dressed the role of the "villain", in Death Stranding his role is not entirely clear, at least for those who have not yet had the good fortune to try the title of Kojima, the only certainty is that the facial expressions of the 'actor combined with acting talent will offer us a character worthy of an Oscar. 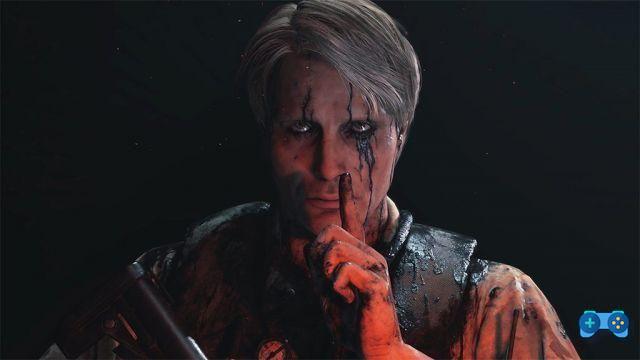 Kojima, from the PT project, brought the visionary Mexican director with him, but this time as an actor, even if he actually only offered his aesthetic appearance for the character. The interpretation was entrusted to Jesse Corti, actor and voice actor of South American origin, naturalized American.


We hope that this fruitful collaboration will lead to more in the future. 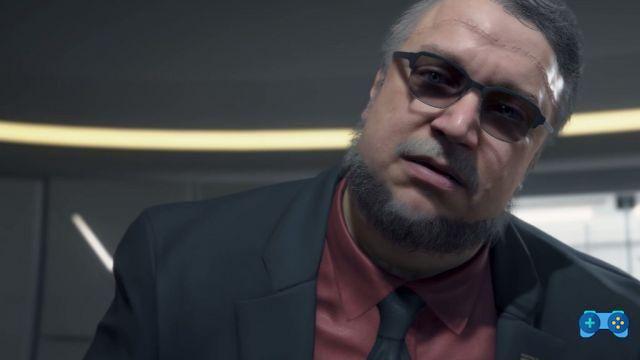 We are talking about one of the first female figures shown in Death Stranding, the Parisian actress and model who became known to the general public as the Bond Girl of the 007 saga in the 2015 film Specter.

Her relationship with cinema began in 2005, the young actress is particularly linked to French arthouse cinema, but she owes much of her fame outside France to The Life of Adele, which brought her the Palme d'Or at Cannes and Woody Allen's Midnight in Paris.

The character of Fragile seems to be of particular importance in the title of Kojima, the name given to the character fits perfectly with the appearance of the actress, who combines beauty and fragility. 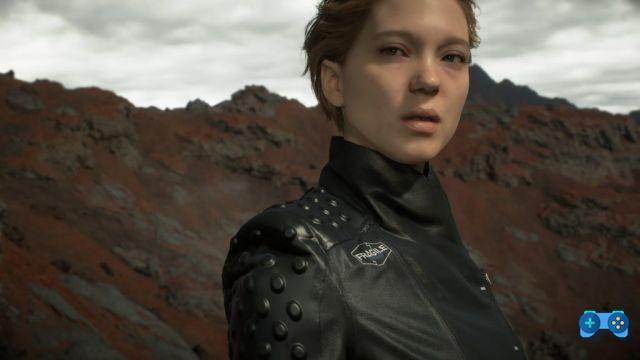 Many will be too young to remember the role that made her famous, we are in fact talking about the Bionic Woman, a famous American TV series of the 70s.

Wagner will be the protagonist of a double role, she will play Amelie, an old flame of Sam and the President of the UCA (United Cities of America), the latter will ask the good Sam to cross the length and breadth of a destroyed America in order to reunite it again.

We continue with the "Women Power" introducing the young Margaret Qualley, the daughter of the beautiful Andie MacDowell has jumped to the headlines thanks to the film Once Upon a Time in Hollywood by Quentin Tarantino.

The young actress born in '94 as well as possessing a disarming beauty has already demonstrated her skills in the HBO series The Leftovers, even if in a secondary role she managed to demonstrate that under the blue eyes and youth there is a talented actress.

We are curious to find out what role he will play in Kojima's title. 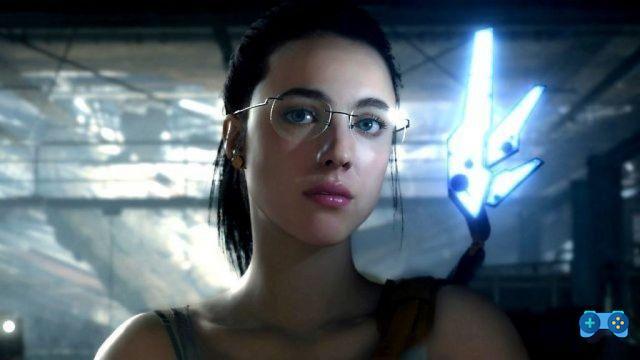 Need to say more? We're talking about Troy Baker, an industry veteran, his innate ability to immerse himself in different characters is why Kojima chose him.

Baker's curriculum is particularly long, but a few names will be enough to make you understand the caliber of the artist, in fact during his career he voiced Joel in The Last of Us, Sam Drake in Uncharted 4, Booker DeWitt in Bioshock Infinite and Revolver Ocelot in Metal Gear Solid: The Phantom Pain.

The character he will play seems to be one of those able to upset the entire game world by "snapping his fingers". 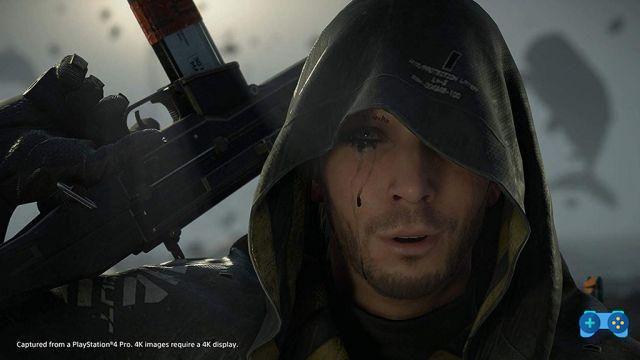 Let's move on to another great professional who offers his voice, Tommie Earl Jenkins, he works mainly as a reader and theatrical actor, he is the voice of the audiobook of the beautiful Twelve Years a Slave.

Maybe it was his extraordinary vocal skills that hit Kojima and made him decide to transport him to the world of Death Stranding? But above all, will we ever see him take off his mask? 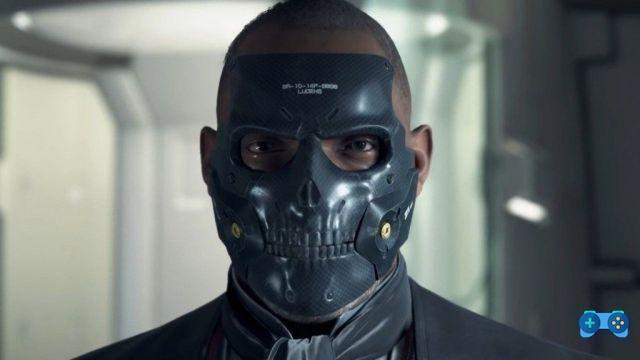 The young Danish director is one of the most important on the scene, together with the great maestro Lars von Trier. To him we owe the consecration of Ryan Gosling, who thanks to the film Drive is experiencing an ever greater celebrity. Like Del Toro, the good Nicolas will offer his appearance for the three-dimensional model, but the interpretation will be entrusted to Darren Jacobs. 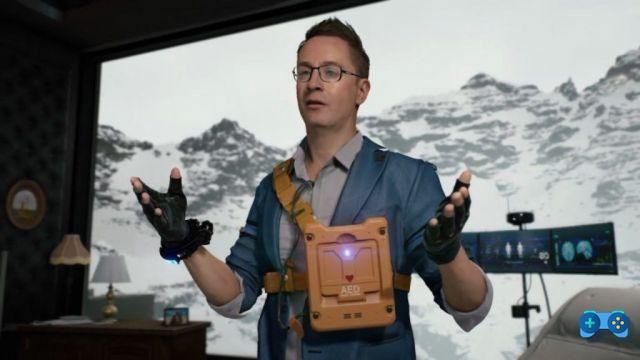 These are the characters that we will see enrich the world of Death Stranding, of course it is the fact that from a respectable cast and a talented game designer like Kojima we can expect a masterpiece, or not? Posterity will judge.

In the meantime, enjoy the launch trailer:

Do you want to complete all the achievements and trophies and know all the tricks, guides and secrets for your video games? SoulTricks.com is a group of video game fans who want to share the best tricks, secrets, guides and tips. We offer the best content to be a source of useful information, so here you can find guides, tricks, secrets and tips so you can enjoy your games to the fullest. Are you ready to get all the achievements of that game that you resist so much? Enter and enjoy your favorite video game to the fullest!
Super Mario 3D World + Bowser's Fury review ❯

Add a comment from Death Stranding - from Mikkelsen to Del Toro, a stellar cast