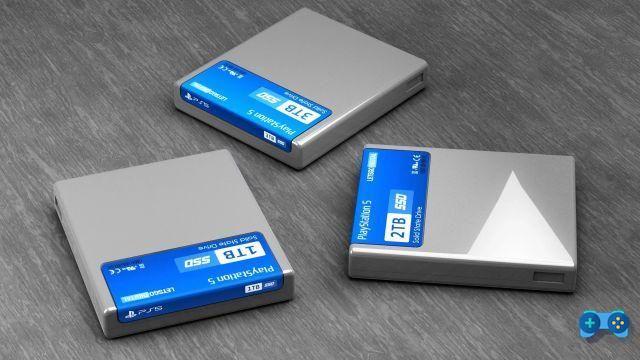 PlayStation 5 SSD storage is a key part of Sony's next flagship, but what makes it better than a traditional HDD? Sony has confirmed that the console will use an SSD, or Solid-State Drive, which will greatly reduce and optimize loading times. But what does this actually mean? How does it make PS5 more powerful? As part of our PS5 guide, we will attempt to answer any questions you may have about PS5 SSD storage.

theSSD is more performing than a traditional Hard Disk

SSDs, or Solid-State Drives, are storage devices just like hard drives (HDDs), but the key difference, at least in terms of gaming, is that they generally offer better performance. Thanks to the way they are designed, SSDs are able to access data faster than HDDs. This leads to faster load times and better technical performance.

Another benefit of using an SSD is the greatly improved storage. Due to the aforementioned faster read speeds, developers will be able to make much more efficient use of storage space. This could have a major impact on the size and reach of games on PS5.

However, due to their inherent strengths when it comes to reading data and how they are assembled, SSDs tend to be more expensive than HDDs. This is one of the main reasons consoles like PS4 don't natively come with SSDs.


Either way, the bottom line is that with an SSD, games should run better than ever on PS5. Sony has already demonstrated reduced loading times with a demo of Marvel's Spider-Man, which shows the game running on PS4 Pro, and then on next-generation hardware. Loading times have been reduced from 8 seconds to less than 1 second.

Mark Cerny had stated that the PS5's custom SSD will be able to guarantee blazingly fast load times. The main architect of the system aims for “instant” reading speeds, which means that the loading screens that pop up will become a thing of the past. The PS5 SSD will be able to read up to 5,5 GB per second of raw data, which is an astronomical difference from PS4, and is even faster than Xbox Series X. Want to know more about the differences between the two consoles, we refer you to our article: PS5 vs Xbox Series X vs Xbox Series S: full comparison of technical specifications.

Also, game downloads and updates will benefit from this SSD. Currently, PS4 "copies" game data after downloading something and this process can take quite a long time. On PS5, this process will be eliminated, so you won't have to wait for the long installation phase.

Sony has confirmed that PS5 will be backward compatible, which means it will be able to run several PS4 titles. But due to the increased power of the PS5, will PS4 games perform better on the next generation console? The answer is yes, they should.


And the PS5 SSD will help with that. As mentioned above, SSDs read data faster than HDDs, which means games can perform better. Of course, this should apply to PS4 games and PS5 games, assuming they are stored on the SSD.

It is worth pointing out that you can already replace your PS4's HDD with an SSD. While other hardware limitations prevent games from performing significantly better, many PS4 games enjoy performance increases when running from an SSD rather than an HDD, reduced load times are often the most notable improvement. And PS5 shouldn't be any different in that.

PS5 SSD: How Much Storage Does It Have?

The PS5 SSD has a size of 825 GB. With game file sizes ever increasing, this may not last very long. You can find more information in our guide: PS5 SSD: how much storage space will it have?

Will we be able to expand PS5 storage with external hard drives?

First, if you already have an external USB hard drive, PS5 will support the use of this hardware. It's worth noting, however, that you'll only be able to play backward compatible PS4 games from a traditional USB hard drive, as the native PS5 software will need to be installed on the PlayStation 5's SSD.

Fortunately, you can purchase and install additional SSD cards called drives NVMe. However, you will need to make sure they work with PS5 and it could be an expensive option, but at the same time it will guarantee at least the greatest speed. 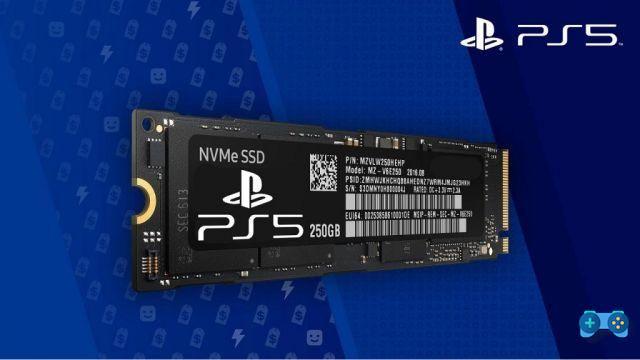 PS5 Ray Tracing: What is it?

add a comment of PS5 SSD: why is it better than HDD?