In Death: Unchained is available today for Oculus Quest

Free from the chains

One of the most interesting titles of last year for PCVR platforms finally arrives also for Oculus Quest in a complete version of all the contents and updates released in recent months and which also adds new modes requested by the fan base, such as the mode free locomotion which allows you to move in the game environments in a more natural way using the analog stick. In Death: Unchained it's a one rogue-lite shooter in which, armed with bows and arrows and other enchanted tools, we will have to make space between demonic beings in procedurally generated environments. The luck of the title Superbright it is due, in addition to the extreme precision of the controls in VR, considered a reference for the use of bow and arrows, also to the practically infinite replayability thanks to levels and game worlds that constantly change from game to game. The development team with the launch release also announced that the game will continue to be supported long after launch and that new content and features requested by the community will soon arrive.

The title is available starting today on the Oculus store at a price of 29,99 euro. For more details, please watch the launch trailer below and read the press release below.


Let Your Deathly Reign Begin | In Death: Unchained is Out Now

24 July 2020 | Wroclaw, Poland - Superbright is proud to announce that the ambitious procedurally generated rogue-lite, In Death: Unchained is finally out exclusively on the Oculus Quest. The game is available for 29.99 USD.

This is Only the Beginning

The developer has announced their plans for the long-term support of the game. Players can expect to see continuous content and quality updates for the foreseeable future, and the team is planning to release a new and exciting expansion of the game scheduled for Halloween. Much of the updates and new content is planned to be driven through community feedback. 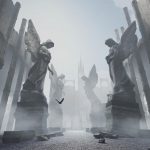 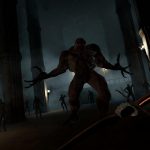 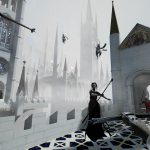 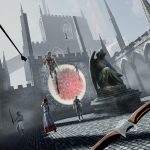 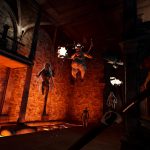 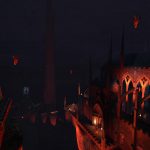 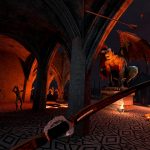 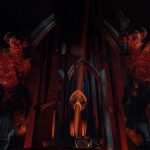 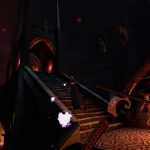 One of the first major free updates added to the game already is optional free locomotion with both snap rotation (default) and continuous rotation options. After hearing concise fan feedback prior to launch, the team quickly got to work to ensure this feature was in place for release.

About In Death: Unchained:

In Death: Unchained ”brings the rogue-lite experience to the Oculus Quest. Grab your longbow and rain down arrows against the forsaken souls, angelic creatures and demons that have taken over the godless afterlife as you battle through the procedurally generated levels of Heaven, Purgatory and Hell.

Do you want to complete all the achievements and trophies and know all the tricks, guides and secrets for your video games? SoulTricks.com is a group of video game fans who want to share the best tricks, secrets, guides and tips. We offer the best content to be a source of useful information, so here you can find guides, tricks, secrets and tips so you can enjoy your games to the fullest. Are you ready to get all the achievements of that game that you resist so much? Enter and enjoy your favorite video game to the fullest!
Logitech G: The K / DA Collection dedicated to League of Legends is now available ❯

Guide how to play Half Life Alyx wirelessly on Oculus Quest

Add a comment from In Death: Unchained is available today for Oculus Quest