What do the suits of playing cards mean? 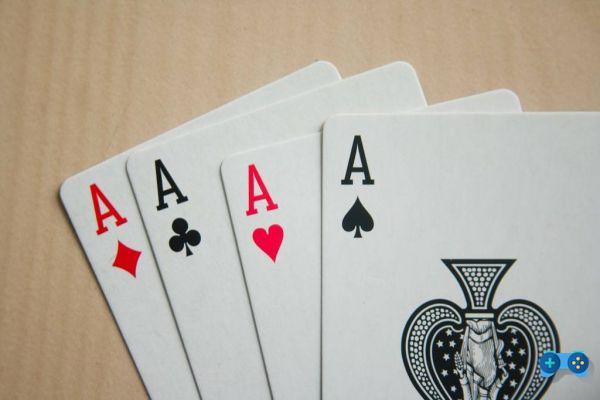 Playing cards are among the most common items in the entertainment industry. Through the decks of cards it is possible to participate in numerous games with various participants. The Poker and Baccarat they were born decades ago and are still practiced today, even online or professionally. Moreover, today the internet is an indispensable tool, for example to learn the rules of Blackjack or other more complex games, in this way bringing more and more users closer to these classic table games.

The French, the best known

The best known decks in the world are certainly those French. Like all playing cards, those belonging to this type of deck are rectangular in shape and are characterized by the presence of four different symbols, known as "semi". The suits of the French cards are i hearts, diamonds, spades and clubs and they originated in France in the XNUMXth century. These were symbols that were easy to draw and did not require a great deal of money to make the cards, which were once drawn by hand. Clubs and spades, in particular, are inspired by specific German leaves. Curiously, the English indicate flowers as sticks, spades as swords and diamonds as diamonds, almost as if they wanted to enhance the importance of suits as much as possible, which instead were born precisely to be simple. The jokers, on the other hand, were the Americans' idea.

Cards Spanish, Portuguese  instead they use more sophisticated seeds: coins, cups, swords and clubs, objects typical of the chivalrous environment and the medieval age. The money indicates the merchants, the cups the clergy, the swords the warriors and the sticks the peasants. Compared to the French cards, the others count a few units less in the deck, as there are no real 8, 9 and 10, but the figures take the place of the higher numbers. The decks, however, have many variations: there are cards from Bergamo, Bologna, Brescia, Florentine, Genoese, Milanese, Neapolitan, Piedmontese, Piacentine, Romagna, Salzburg, Sardinian, Sicilian, Tuscan, Trentino, Treviso and Trieste cards.

The most popular of the cards are the Neapolitan, which reflect the Spanish style. The structure of these papers dates back to a few centuries ago and they testify to it hairstyles and clothing of the figures represented. The king of coins, also called "mad", has the characteristic of being able to assume any value attributed to him by the players who hold it in their hand.


Still among the most popular games today

Card games have never gone out of style in quantor they favor a unifying spirit and do not require very great skills to participate, if not purely mnemonic ones. These are traditional games, which not surprisingly find space on the tables of the especially during the Christmas holidays, together with bingo or Sinco. The meaning of the suits has become so characteristic that it also influences popular language and foklore: just think of the idioms associated with the 2 of spades or the 4 of clubs. Another sign of the fact that playing cards have indelibly entered the collective imagination.

Pokémon, the first board game available

5 traditional board games you can now play online

add a comment of What do the suits of playing cards mean?