I confess that I have always been rather skeptical of "2 in 1" devices, or convertible devices, if you prefer, since they have always been considered a superfluous and expensive accessory compared to the features that really matter for a laptop: screen quality, battery life , weight, performance.
When I was asked to review this Asus ZenBook Flip UX360UA I thought I would finally have the opportunity to confirm it.

But I was pleasantly denied. Not only is this Asus ZenBook Flip UX360UA one of the most aesthetically pleasing laptops I've ever tried, but also one of the most comfortable to use, thanks to this dual nature, a bit portable, a bit tablet.

The design of the Asus ZenBook Flip is the classic one of the ZenBook family. The shell is therefore entirely in brushed aluminum with rounded corners on all four sides with a truly excellent coupling of the different parts that leaves no room for creaking or abnormal movements of the structure. The weight contained at 1,2 kg, the dimensions slightly larger than an A4 sheet (321 x 219 mm) and lo really minimum thickness of 13,9 mm make it a product that is very easy to carry and beautiful to display and use. Asus Zenbook Flip is also available in two different colors, gunmetal gray with gold and Rose Gold hinges, that of the product under test, definitely more suitable for women. To make a comparison, this color closely resembles that of Apple products, albeit with a slightly more charged shade of pink.

The upper part of the body is characterized by the recognizable brushed finish with concentric centers, in the center of which the Asus logo in chromed metal stands out. On the right side instead there is an input for SD memory cards, the 3,5mm jack port for headphones, a very comfortable USB Type-C, an HDMI port, a USB 3.0 port and the power and charging connector. On the left side, however, in addition to a second USB 3.0 port and a slot for the release of hot air, there is space for the volume rocker, a very small LED that indicates the status of the battery, the monitor on and off button, also 'it with a small LED that flashes when the computer is in sleep. In the lower part of the laptop instead, in addition to the 4 Teflon feet there is a large slot for heat dispersion and two grids for the audio speakers, which we will discuss later also to explain the choice of positioning them on the bottom instead of on the sides.

The keyboard is very wide, with good key spacing and generously sized keys (1,65mm, practically as large as a traditional desktop keyboard), which are comfortable even for those with rather large fingers. Even the Zenbook Flip under test has "scyssor type" membrane keys, with a limited travel of just 1.5mm, a trend that is rather generalized with the latest generation laptops (see Apple's new Macbooks ed.) That may not appeal to everyone - especially to those used to the "clicky" feeling of mechanical gaming keyboards - but which helps to limit the overall thickness of the device and, perhaps, also to speed up typing by a few hundredths of a second. In general, however, the typing comfort is high and you won't find it hard to get used to it right away, thanks also to a rather rational and orderly layout. The keyboard is also backlit, and although not perfect, (the lighting is not perfectly uniform) it is still a very good surplus.
The very broad and precise multitouch touchpad which also supports Windows 10 multi-finger gestures, such as pinch in and pinch out or the three-finger swipe feature (down to show the desktop, up to view all open windows).

The screen and the Flip

The strength of this Asus ZenBook Flip UX360UA, useless to go around it, it is screen. It is around this in fact that the peculiarities of the ZenBook Flip family are concentrated. The tested device, inside a rather wide black frame, has a 13.3 ″ IPS panel (16: 9) with Full HD (1920 × 1080) resolution at 60Hz and a 72% coverage of the NTSC range. It is a panel with almost 370 cd / m2 of brightness and very high quality: a real pleasure to look at with its very high contrast and a color rendering really above the average of competing products. 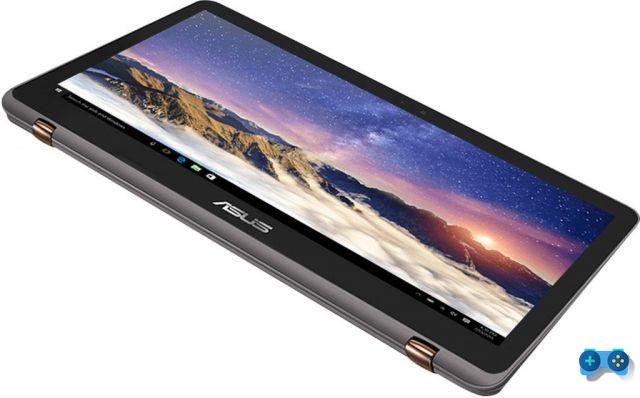 The colors are realistic and vivid, with deep blacks and almost never washed out, while the viewing angle is very wide, with minimal luminance losses up to almost 160 °. To want to find a fault, we could mention the high reflectivity of the panel which makes it slightly more difficult to view outdoors in bright light conditions. Unfortunately, this is a characteristic now common to almost all products of this type and a necessary evil to obtain such high contrasts.
The screen is hinged on two very beautiful and apparently very resistant chromed metal hinges, which allow you to completely rotate the screen transforming it into a real tablet, but also to support the laptop in the landscape position.

When the display is rotated, the utility Asus Fliplock pre-installed as standard, it automatically recognizes tablet mode by deactivating the keyboard and touch. All this happens without any solution of continuity and in an extremely reactive way. The volume rocker on the left side conveniently has reversed controls (minus top and bottom) so that they can be used when the Flipbook is in tablet mode. An apparently insignificant element but which denotes great attention to detail in the design phase. The touch display in tablet mode is very responsive and precise, on the level of the latest generation devices produced by ASUS and is also favored in this by the excellent responsiveness of Windows 10, which in the latest updates has improved the usability in tablet mode.

The latest version of the laptop is equipped with XNUMXth generation Kaby Lake processors. The conclusions regarding the performance can be considered the same.

The tested machine fits into the mid-range Asus offering for this product, with the processor Sixth generation Skylake i5 6200, 8gb of DDR3 ram at 1866 mhz and Full HD screen. However, it is possible to choose an i7 6500 processor (* or the new Kaby Lake processors), up to 16 GB of RAM and a QHD display during configuration. The test model instead has the top of the range in terms of storage, with an extremely fast 512gb SSD disk as we will see in the tests below. Overall performance is more than good as shown by the graphs below and the integrated video card, one Intel HD 520 covers well the range of uses that a machine like this must cover: office, light image editing, multimedia. 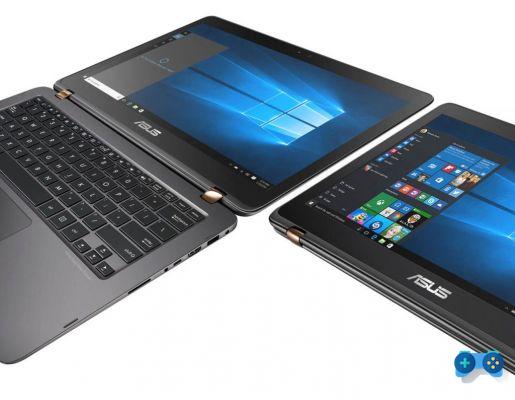 From the point of view of multimedia this Zenbook Flip gives the best of itself. Thanks to a audio system really powerful and quality, produced by Harman / Kardon, the vividly colored and incredibly bright screen and the ability to turn your laptop into a tablet by placing it on a table using the sturdy hinge, you can enjoy your Netflix movies or TV series perfectly.

Speaking of the integrated audio system, many may find the choice of placing the two speaker grilles on the bottom of the notebook unusual. In reality, the two grids are not only obtained in the curved part of the body and in the immediate vicinity of the Teflon feet, but this particular position allows the sound to bounce on the surface on which the notebook is placed and this determines a very slight amplification of the most frequencies. low frequencies (a bit like placing the speakers in the corners to amplify the lower frequencies). From my tests, indeed, when the notebook is placed on a rigid surface, like a desk, the sound seems to come directly from the screen, increasing the immersion of the images as much as possible with a screen of this size.

Autonomy and performance
Asus declares a duration of the 57 WH battery (4750 mAH) of 12 hours, a figure that is definitely overestimated. In fact, with intense use (benchmark, brightness always at maximum and no energy saving option), we reached about 5 hours of activity, which becomes about 6-7 with normalized use and 50% brightness screen. In the PCMark test that stresses the processor to the maximum, however, we settle on 3,4 hours. A good result, considering that it will be practically impossible to stress the processor in daily use in this way.
The Wifi network card is an Intel Dual Band Wireless AC7265 AC 2 × 2 and thanks to the dual antenna the performance is excellent, both in terms of data exchange speed and in terms of range.

The processor offers respectable performance, but for those who want to get even more, Asus also offers a version equipped with the latest Intel Kaby Lake. The performance in this case does not vary much, but you gain something in terms of autonomy and temperatures. Precisely in this regard, the idle processor temperature never exceeds 39-40 ° even in the hot summer days of these days, however, the machine would seem plagued by a firmware problem that has not yet been resolved. The internal fan in fact remains active even in situations of very low load with a speed of 3400rpm producing a noise level of about 35dB. Not much, to be honest, however the rather high frequency of the same and the fact that it is perpetually active can be annoying. In full load the speed of the fans reaches up to 4500 RPM maximum, producing, to our great surprise, a noise increase of just 5-6 dB, while the temperature remains constant around 60°. No processor throttling phenomenon therefore affected the texts performed with the Aida64 suite. The external temperature of the body also always remains very low, resulting barely warm in the lower part. 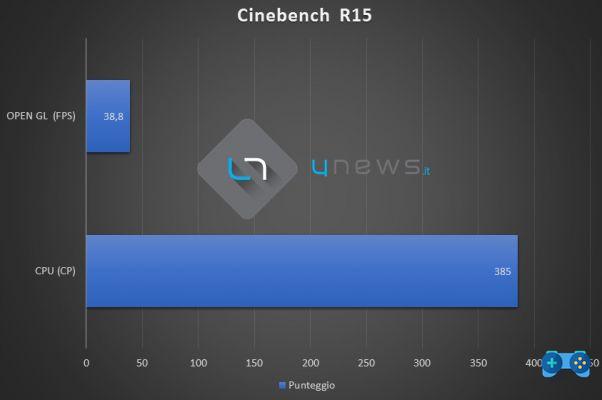 From the disk tests, however, it is possible to notice the excellent quality of the drive used, a disk 2GB Hynix SATA M.512 (HFS512G39MND-3510A) with declared performance of 530MB / s, in sequential reading and 370MB / s in writing. Performance confirmed in our tests. As always, the most realistic data in everyday use is the non-sequential one, and even in this case the disc behaves more than well, contributing decisively to the reactivity of the machine and ultimately to the user experience. 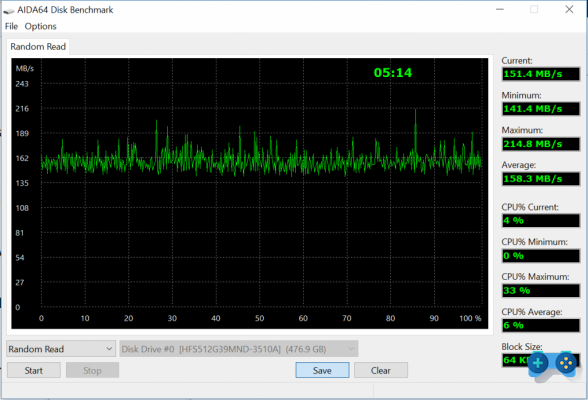 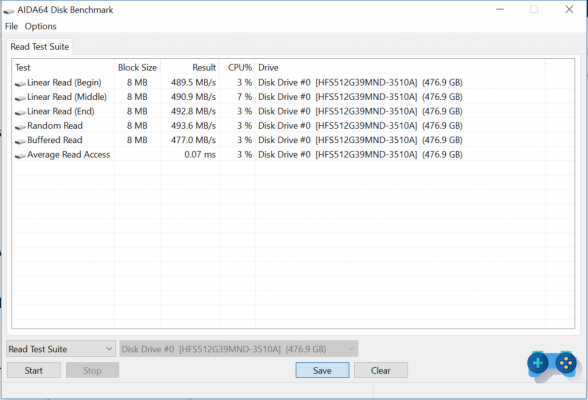 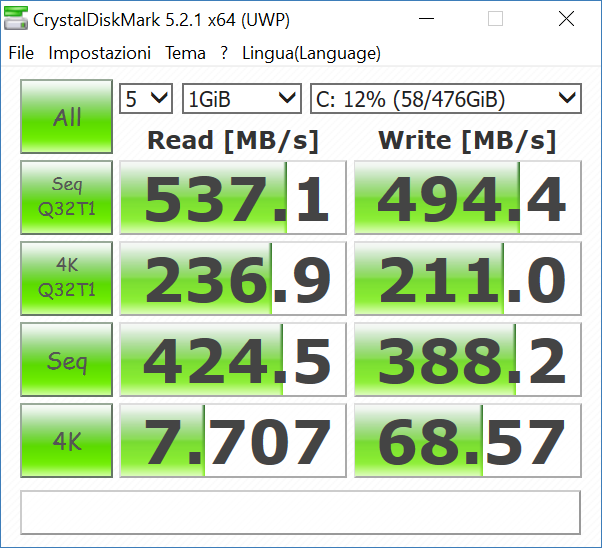 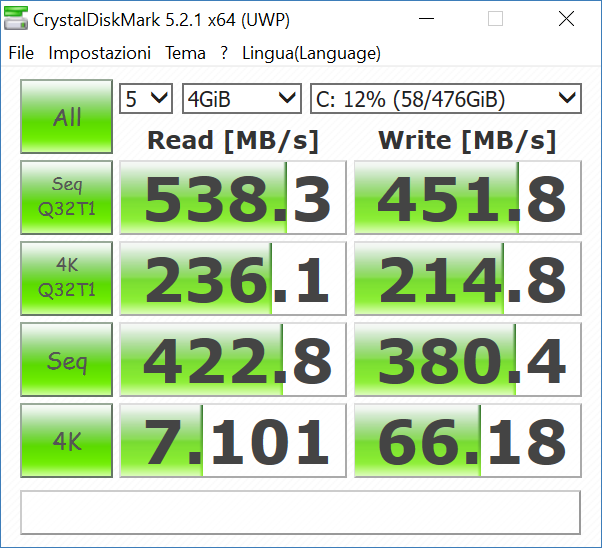 Asus has tried to minimize the presence of bloatware and pre-installed third-party software and this has a very positive effect on general reactivity and above all on boot times, which are really instant. Everything is in fact managed through the Asus Giftbox, an application that acts as an app store for programs recommended by Asus and that behaves discreetly without ever being annoying.

Final comment
The Asus Zenbook Flip UX360UA is a machine that surprised me, not only for the general quality that is now a constant of the Chinese manufacturer, but above all for its extreme versatility and pleasantness of use. The beauty of the screen and the colors reproduced, the design, the comfort of the keyboard but also and above all the flip system certainly contributed to this judgment, which makes it the ideal choice for those who want a machine devoted to multimedia but that never pulls. back even in the face of professional uses. With prices ranging from 800 euros up to 1300 of the most equipped versions, this Asus Zenbook Flip UX360UA certainly deserves our warmest recommendation. 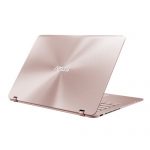 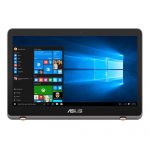 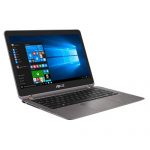 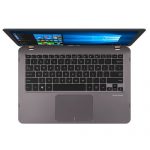 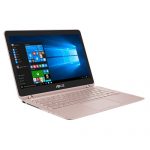 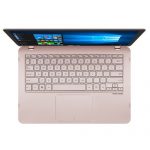